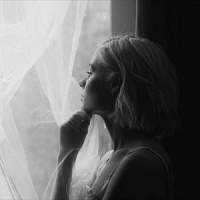 On hearing that Ed Sheeran personally recruited Nina Nesbitt to support him on his sold-out UK shows, it would be all too easy that the young Scot's stunning good looks may have been even more persuasive than her musical talent. Despite being obviously beautiful, Nesbitt is first a singer and it was her cover of Sheeran's The A Team which got her the attention she merits.

Her musical charms also worked wonders on Example who recruited Nesbitt to open three of his December 2011 shows. A pattern is emerging. Nina Nesbitt's sound, which has so far arrived in snapshots and just one EP, is irresistible. With a part-Scottish, part-Swedish heritage and an agile, at times haunting, voice, Nesbitt has a very bright future ahead of her. Having only turned 18 a couple of weeks ago (happy birthday Nina), there's every chance that by the time she turns 19, the world will know her name. The tour accompanies the issue of her debut single, Boy, set for release 'very soon'.

The Boy tour includes dates in Newcastle, Manchester, Bristol and more, before the final date announced so far at Dingwalls in Camden on 18th October 2012. We have tickets available now, priced £9 for London and just £8 for all other dates.