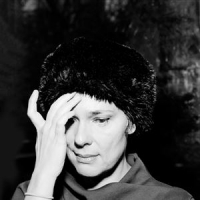 Let's be honest - us Anglophiles aren't too enamoured of popstars singing in French. With the exception of Serge Gainsbourg (whose reputation probably sold more albums in the UK than his fine music), Francoise Hardy, Vanessa Paradis ('Joe le Taxi', sigh) and the timeless Edith Piaf, some Brits baulk at having to decipher the world's most romantic language. Which is a shame - we've often viewed our European neighbours as a musical novelty - Charles Aznavour, Brigitte Bardot, Jacques Brel and Plastic Betrand, the list is long, if not exactly infinite.

More recently, Sargozy's wife Carla Bruni, Sebastien Tellier, Air, Daft Punk and Etienne Daho have achieved a degree of mainstream success over here, with the most recent newcomer to the airwaves being one Benjamin Schoos, a Belgian-born composer whose breezy single 'Je Ne Vois Que Vous' has been all over BBC 6Music like un rash. What makes this song even more delicious are the co-vocals of one-time Stereolab frontwoman Laetitia Sadier - an easy-going blend of the sultry and the sublime.

Ah yes, Stereolab. Hardly commercial enough to be counted as mainstream pop, they forged their own influential path with a heady blend of leftfield psychedelic progressive electro-folk. Their fans are mourning the band's hiatus - but they should mourn no more because lovely Laetitia is back with a second solo album of melancholic electronic jazzy Franco-pop. It's ace.

'Silencio' follows her debut 'The Trip' and includes the superb 'Find Me The Pulse of the Universe' and 'Silent Spot'. You can catch her singing (in both languages) on tour from 5th November when her tour starts in Manchester and continues to Glasgow, Edinburgh and beyond until heading to London on the 13th and Brighton on the following night. We will have tickets from 9am on Friday 3rd August, except for Brighton which you can buy right now - £10 upwards.