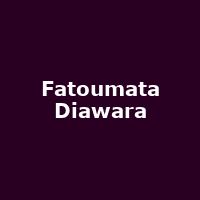 Us Brits have always been more open-minded than we're given credit for, especially when it comes to culture, food and music from around the world. Our love-affair with all three has been heightened by our acceptance of overseas visitors turned UK residents and our tolerance of other nation's foibles. We're all humans, right?

The resurgence of African music in Western culture, started in earnest back in the '50s when African rhythms began to creep into rock and roll and jazz, before continuing to be adapted in a few '60s beat-pop and heavy-rock tracks. There's no doubting that the likes of Bo Diddley, Rolling Stones, Led Zeppelin and The Beatles embraced rhythms from African nations at some point and, since Fela Kuti's stunning tribal anthems crept into record collections in the '70s, that embrace has been getting wider. Just ask Paul Simon about his "Graceland" project.

Blur's Damon Albarn is one of many recent pop and rock performers to have truly absorbed African rhythms and song-structures. His previous Mali Music outing, released 10 years ago, was a credible body of work with Toumani Diabate, with other releases also including the 'Kinshasa One Two' and 'Rocket Juice and the Moon' albums last year and this. To continue this fascination, Albarn will be joining the line-up of this year's Africa Express Sound System UK tour.

Middlesbrough is the first stop on 3rd September, followed by Glasgow, Manchester, Cardiff, Bristol and finally London on the 8th. Ticket prices start at £15 (£17.50 for Bristol, £20 for London) and are all on sale via us now.