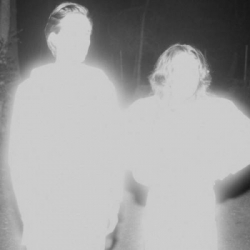 Just recently, new 4AD signings Purity Ring unleashed their much-anticipated debut album 'Shrines' upon us. The wait proved to be worth it with enough interested parties dipping into their pockets to send it to the coveted album chart position of #100. Not bad going for 'word-of-mouth' promotion.

In response to the success of the album, the duo has now extended their UK tour to include Brighton, Leeds and Liverpool as well as London, Bristol and Manchester. All shows are available from us now, priced at £8 (or £10 for London).

Worn as a sign of chastity or sexual abstinence, a Purity Ring isn't normally associated with anything quite as carnal as 4AD's latest signings of the same name. Formed just two years ago by vocalist Megan James and multi-instrumentalist Corin Roddick, Purity Ring have already wowed critics in a relatively short space of time.

Their live shows are almost as electric, heady and sweaty as their music, which itself sits rather well with stable-mate Grimes, plus the likes of School of Seven Bells, Creatures of Love and earlier acts like Seefeel. Add in some skewed urbane beats and cut-up twee vocals and you have a recipe for wandering hands and writhing hips (oh, I say).

Check out 'Obedear' for a taste of what the new album 'Shrines' has to offer and then feast your eyes and ears on the prospect of catching them live in the autumn.