Posted: 23rd July 2012
Toby Jepson and co will be joined by Skin for string of December shows, tickets on sale at 9am Friday 27th July 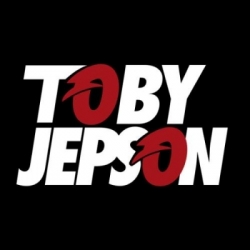 The whole question of reunions has always lent a sceptical air when announced. Recently, The Stone Roses regrouped for whichever reason you care to attribute to the phenomena - money, egos, new material, 'we miss touring' or all four. They've not done too badly thus far and fans have, quite rightly, been getting all dewy-eyed and tremble-lipped about Ian Brown's renaissance. Blur, Pulp and Beach Boys have or will experience the same hysteria in the coming months.

Perhaps less-anticipated in the press, but just as emotional for their legion of fans, was the previous announcement that classic British heavy-metallers Little Angels were about to become a part of frontman Toby Jepson's CV once again. Initially formed in the mid-'80s, Little Angels sat firmly on the seat marked 'ballsy classic rock and roll' and enjoyed a string of hit-singles, sell-out tours and critical acclaim (for the most part) during the early '90s, before splitting in 1994. They disbanded on a high note, racking up a fourth Top 20 album in 'Too Posh to Mosh, Too Good to Last' and a #18 position for final swansong, 'Ten Miles High'. Key album was 'Jam', which topped the charts in 1993 - see? They've got form.

And they've got fans to go with all those anthems such as 'She's a Little Angel', 'Womankind', 'I Ain't Gonna Cry' and 'Young Gods' - they sold out their final UK tour after announcing their split. No doubt those same loyal fans will be dusting off their moth-eaten Little Angels t-shirts for news of the band's reunion in December. Following on from a rapturous slot at Download, Jepson and co have recently declared: "As we walked off the stage at Download this year we all knew that we couldn't leave it at that. We always loved playing around the UK so to get the chance to re-visit some of our old stomping grounds, eighteen years later, is just great".

Their 'One More For The Road' UK tour will begin aptly at Rock City in Nottingham on 6th December, followed by Wolverhampton, Glasgow, Belfast and more until winding up in London at the Shepherd's Bush Empire on the 16th. Tickets will go on sale at 9am via us this Friday (27th) - prices start at £18.50 regionally or £20 for London. Seriously, this could sell out quickly.