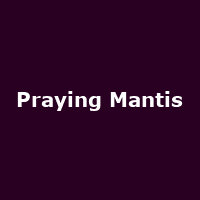 Led Zeppelin, Black Sabbath and Deep Purple were and still are three names that are arguably synonymous with the best of heavy metal and British rock 'n' roll during the late '60s and '70s. But with the sad passing of the latter's keyboard wizard Jon Lord this week, the current generation of music lovers have once again been made aware of an era that formed the glue between yesteryear's blues rock and more recent varieties such as thrash, black metal and the skater-cum-emo offcuts of today.

Often derided and championed in equal measure were the bands associated with NWOBHM, or the New Wave of British Heavy Metal to give away the acronym. Not so much a style of music as a movement and a collective of home-grown rock acts, the late '70s are still seen as a key period for bands with a penchant for raising pulses, fists and 'horns', clothed in the uniform of allegiance - denim and leather. One band from that era named an album after the phenomena - Saxon's 'Denim and Leather' is still seen as the ultimate bond between band and fans, a tribe and a total embodiment and devotion not witnessed in other genres.

But while the Iron Maidens, Judas Priests, Def Leppards and Saxons are remembered for their pioneering work, it's the less successful and commercial acts that formed a buttress for the stadium's big boys to lean on - essentially many of the bands on offer at Wolverhampton's very first NWOBHM festival set to take place later this year.

On 29th September, the aptly-titled Denim & Leather - NWOBHM Festival 2012 will take place at the even more aptly-monikered Slade Rooms at Wolves' Civic Hall complex. Forming the bill will be a handful of respected metal outfits, namely Praying Mantis, Stampede, Weapon (the UK version), Gaskin and special guests Agincourt, all ably compered by the legendary Kerrang designer and DJ, Krusher (Steve Joule). The bands will not only perform to a packed house, they'll do a spot of meet and greet and point you in the direction of Tygers of Pan Tang's Steve Cox as he runs his authentic memorabilia stall - what more could you want?

We have tickets to this fantastic event now, with prices starting at just £20 for an evening's entertainment - that's £4 a band, metalheads. Show your allegiance - grab your tickets now. m/.