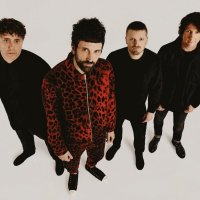 Before Leicester's rock-gods head off to perform massive headline slots in Dublin, Reading and Leeds, Brixton's O2 Academy will host a one-off show on 20th August. Ticket prices start at £30 and are expected to fly out within minutes. 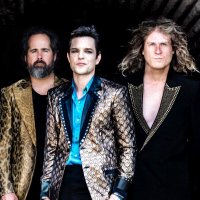 Brandon and the boys are heading the V Festival bill on Saturday (Weston Park) and Sunday (Chelmsford) - tickets are still available. Beforehand, catch them in Leeds for an exclusive pre-fest show on 17th August. From £37.50.

Dagenham Dev returns with his second album out in the autumn and a short tour of the same name, 'A Moving Picture'. The confirmed towns in November include Birmingham, Glasgow, Manchester and finally London on the 13th. Tickets will cost £11.50 - £13. 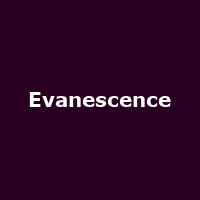 The Grammy-winning five piece have announced a short UK tour for autumn 2012, The short run kicks off in Nottingham on 5th November, followed by shows at the Manchester Arena and the Birmingham NIA, before the final date at Wembley Arena on the 9th. £28.50 (£30 for London). 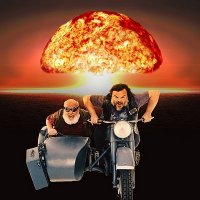 The short UK leg of their European tour kicks off at the Brighton Centre on 18th October, followed by Wolverhampton's Civic Hall and the Manchester Apollo, before the final date of the run at the Hammersmith Apollo on 24th October.

In November, Peter Hook and The Light will follow-up his new book's release with a full-blown 'Unknown Pleasures' tour. First stop is Coventry on 16th November, followed by the likes of Preston, Southend, Exeter, Stoke and Leeds before heading to Newcastle on the 30th. From £20.

With a new album due in the autumn, a handful of October dates have been confirmed including Manchester on the 1st, Nottingham on the 2nd and then the likes of London, Exeter, Guildford etc until Bristol on the 13th. Tickets were due on sale throughout the week, priced from £8.

System of a Down's frontman will unleash his new album Harakiri on big city venues during the autumn, starting with Shepherd's Bush on 7th October, followed by Manchester on the 8th and finally Birmingham on the 10th. Tickets cost £22-£24.

With regular slots seemingly booked for Mock The Week for the foreseeable future, Addison has added to his The Time is Now, Again tour, which is now booking until April 2013. Prices average around £20.

South Africa's platinum-selling grunge-rockers will be heading to the UK in November for a handful of shows which include Camden on 15th November, followed by Manchester, Edinburgh and Birmingham. Prices start at £14.50 and rise to £16.50 for London. 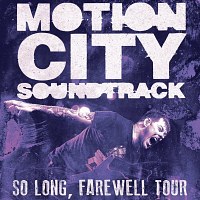 Now in their 15th year as a band, MCS recently celebrated with the release of their fifth album, simply entitled 'Go'. Their UK tour in September will encompass London, Norwich, Leeds, Oxford and more, tickets start at £13.50.

See below for even more new tickets on sale this week including Joss Stone, Lynyrd Skynyrd, Cold Specks, Two Gallants, iwrestledabearonce, Katatonia, And So I Watch You From Afar, Jennifer Lopez and Sébastien Tellier, amongst others.