Book tickets to see Torch Song Trilogy and get 40% off! 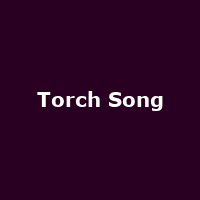 The acclaimed Chocolate Menier Factory theatre complex may be on the fringes of the bigger, more mainstream, West End theatres but its successes have been numerous, its last being in 2011 when it won awards for Most Welcoming Theatre and Best Theatre Foodie Experience at the Off West End Awards, as well as a Best Solo Performance for Meera Syal in their production of Shirley Valentine.

Already an award-winner of his own, Harvey Fierstein's triumphs have included the book to the musical La Cage aux Folles and this three-part comedy play, Torch Song Trilogy. Taking the themes of alienation and outsiders to its heart, Torch Song Trilogy concerns a Jewish drag queen working in New York's Greenwich Village. Arnold just wants to be loved and things look up when he meets Ed and Alan and adopts a son. However, his disapproving mother is a constant thorn in his side and tragedy follows Arnold as sure as night follows day.

If the title of the film and the story seem familiar, you may have seen the award-winning 1988 film that starred Anne Bancroft and Matthew Broderick. Failing that, the sharp wit and poignant storyline should pull in audiences to the Menier without too much trouble - and that's before we've mentioned the stars in the play! Olivier Award-winning David Bedella, Donmar Warehouse award-winner Sara Kestelman, Casualty's Joe McFadden and a director in the form of Douglas Hodge (yes, another award winner, this time Oliviers and Tonys) all make for an engaging piece of sensitive theatre.

Until 12th August 2012, you can see the play at a discounted price. The Special Offer is: Book Torch Song Trilogy tickets priced at £29.50 and get them for just £17.50, a saving of 40%! The offer is valid for all performances from now until 12th August, including matinees. Seats are very limited however, so be quick!