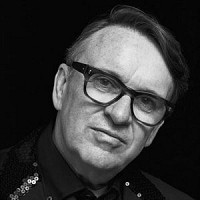 As the monsoon weather lays bare the inherent risk in staging a festival in the UK's high summer, a great number have fallen. Ostensibly cancelled due to the seemingly endless rain, a number were already on an unsteady footing thanks to some less than enthusiastic ticket sales. There is a sense that the number of festivals in the UK has reached saturation point, literally and figuratively.

Those which succeed include the monsters of V, T in the Park, Leeds and Reading, although these are by no means untouchable (see file marked 'Sonisphere'), and those which are just a little bit smarter. Events which dare to offer something different and, perhaps, something free, still prosper - something which Hull's Freedom Festival continues to do. Hull, ill-deservedly maligned, is perhaps a convenient victim for the bigger northern bullies of Leeds, Manchester and Sheffield, situated as 'Kingston Upon Hull' is, at the very end of the M62.

But here's the Big Reveal: Hull is a cool place. The city has a big university, a great history, a buzzing cultural quarter and not one chip on its mighty shoulders. Hull has always gone its own way and the Freedom Festival is a symptom of that freewheeling. A range of city centre locations boast a whole host of top shows and performances, with venues ranging from the Circus Ronaldo big top in the east, running down Humber Street and its tributaries to the Teatro Spiegeltent in the west.

The Circus Ronaldo company are making their UK debut with the show Amortale, 'a night of laughs, theatre and music', while, in the west, Teatro Spiegeltent hosts a wide range of events; from Doug Segal's hilarious show How To Read Minds And Influence People to Abandoman's latest hit mix of improv and sketch comedy, landing on the banks of the Humber following a sold-out 28-date Edinburgh Fringe run. Elsewhere there's music from Squeeze's Chris Difford and comedy from Red Dwarf's Holly, Norman Lovett, plus a whole host of comic and musical treats for all the family and much, much more.