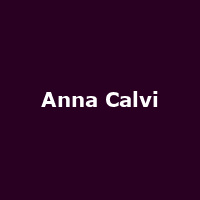 Less than nine months ago, one Al Spx was little known outside of her Canadian homeland, yet in a short space of time, a large clutch of the British public have cottoned onto the fact that this lady oozes emotion and spits fire from her belly, quite unlike many singers around at the moment. Less than nine hours ago, she was trending all over Twitter, due in part to her inclusion as support for Anna Calvi's Somerset House show this week AND her impending appearance on a (by now) soggy Latitude stage in deepest Suffolk. So 'what the fuss'?

Check out debut-single 'Holland' first of all and you'll immediately hear something of the 'deep south', the delta blues, the glistening ice floes and raw emotion of a young woman with a point to prove. Jools Holland was moved enough by the music to include her on his last series (either that or felt a smidgeon of inner smuggery upon hearing of this song's title) and Mute Records signed her up to file her alongside the similarly brooding Nick Cave and Josh T.Pearson.

Mute didn't waste any time getting her solo album out into the wild world either - 'I Predict a Graceful Expulsion' appeared in May after three years in the making, bolstered by a triple-nighter in Hoxton over her and, most recently, the recipient of a Polaris Music Prize nomination in Canada (last month). You will be hearing more of this singer in the coming months, especially with a UK tour on the horizon.

Her dates include London's Union Chapel on 10th October, followed by Norwich, Liverpool, Manchester and Belfast on the 16th. Specks then heads to Dublin on the 17th. Tickets for the shows average at around £10 (£13.50 for Islington) and seemingly worth every penny.