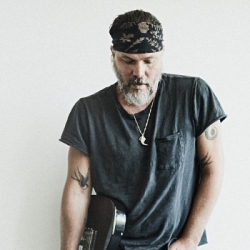 It seems like only yesterday our Stewart waxed lyrical about the phenomena known as 'Felice'. Since January's article, while the year has seemingly passed by in a wet, mizzly, grey and monsoonal blur, Simone Felice has been rather busy releasing further music and touring.

Apart from performing a string of well-attended UK shows back in the spring, Felice has been getting his gentle groove on Down Under, as well as planning his support slot for the masters of rekindled nu-folk, Mumford & Sons, on the US leg of their Gentlemen of the Road touring show in August. It seems that after leaving his siblings and drum-kit behind in 2009, things have been working out for the diminutive songwriter.

For a start, he's just issued his debut album. The self-titled virgin voyage includes the rather whistle-along, radio-friendly strum-along single 'You & I Belong' (video included here), a typical Felice winner and a direct flip-of-the-bird at his previous near-death experience a few years before (heart operation made good). It's also got the Mumfords on it somewhere!

For the remainder of 2012, Simone has been in Australia for a while but, after that huge Mumfords tie-in, the man will be bringing highlights from his entire career back to Blighty for a full UK tour in September. Under the name Simone Felice Group, the songwriter will perform numerous solo numbers, as well as extracts from his work with 'the Brothers' and his other project, The Duke and the King. The chosen towns include Bath on 14th September, followed by York, Leicester and several more, including a stop at Islington's Union Chapel on the 21st, until Liverpool on the 25th. Tickets are available now from us, priced at £15 (£16.50 for London).