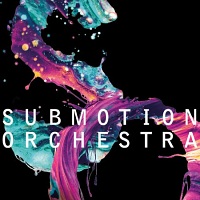 In more recent times, there have been many 'Orchestras' that don't actually sound like orchestras in the truest and most traditional sense of the word. Which has been and can be a good thing. Notable examples include Electric Light Orchestra ('70s Jeff Lynne-led legends with sweeping string-driven pop songs), Penguin Cafe Orchestra (plucky roots/Cajun and global outfit that defied description in the '80s - they've since dropped the 'orchestra'), Cinematic Orchestra (downbeat filmic ensemble led by Jason Swinscoe, signed to Ninja Tune) and Manchester Orchestra (rock band from Atlanta Georgia - go figure).

Joining the ranks of those that promise dozens of nights at the Proms, but more likely to have you nodding your head sagely and downing a few beers, are Leeds' splendid, but thus far under-rated, Submotion Orchestra. Formed just a few years ago from a gaggle of Leeds College of Music grads, the Subs began creating a hubbub of interest with a residency at a local hop (the Hukaz Bar, no less), before hitting the festival trail in 2010 and compiling enough material for a debut album. Musically pitched between layers of electronic, jazz, dubstep, soul, '90s drum 'n' bass (the jazzier artists like Hidden Agenda) and funky, the group whip up a heady brew using digital and live sources, occasionally folding it all into a pop song, although longer jams can also be the order of the day.

With their reputation gathering momentum, Submotion Orchestra are ready to strike with album number two. 'Fragments', which will be released during the autumn, promises to deliver an even wider breadth of instrumental and vocal delights, including the attached single, 'It's Not Me, It's You' (which reminds me of Moloko's 'The Time Is Now' for some reason). You can also hear tracks for the new album on their lengthy UK tour which starts in Reading on 10th October, followed by the likes of Bristol, London, Brighton and lots more until a home-turf show in Leeds on 25th. Afterwards, Dublin beckons on the 26th and all tickets are available now, priced from around £10 (more for London and Dublin).