Posted: 3rd July 2012
The Spaniard continues to tour his debut album with a rush of shows in late November, tickets on sale Friday 6th July 2013 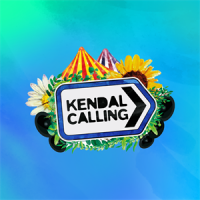 Apparently, it's July. You can tell from the fact that your washing has that lovely dried-outside smell and because Jim from Payroll appears to be permanently burned to a crisp. What's more, there hasn't been a single rain delay at Wimbledon, not one summer flood anywhere in the UK and the heating's not been on for months.

There's nothing wrong with a healthy bit of denial but one listen to Juan Zelada's sun-scorched folky pop and it's hard to deny that summer is in the air (between the hailstones). The Madrileño's debut album, High Ceilings & Collarbones, was released in February and performed well, helped by the extensive radio play enjoyed by the singles Breakfast In Spitalfields and The Blues Remain. Back in the bleak midwinter, Zelada's beguilingly bright tunes made promises for the summer to come and helped us through the gloom. Four months later and we're clinging on somewhat. But Juan Zelada continues to bring his sunshine; something he'll be doing later this year when, if there's any hope left, we'll all be reflecting on that gloriously late and hot summer we all enjoyed [crosses fingers].

Juan Zelada begins his busy UK tour in Birmingham on 19th November, followed by shows in Sheffield, Newcastle, Leeds, Glasgow and more, before the final date of the run at London's Scala on 29th November 2012. A burst of 10 gigs in 11 days. We will have tickets when they go on sale at 10am on Friday 6th July, priced from around £10.

Ahead of the autumn dates, Juan has a very busy summer of UK festival slots including, among many others, Kendal Calling on Saturday 28th July, Newquay's Boardmasters Festival and August appearances at the V Festival on Saturday 18th (Chelmsford) and Sunday 19th (Staffordshire). We have a selection of tickets available now.