The Alarm follow-up The Gathering with spring 2013 UK tour 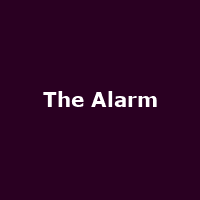 Fans of rousing punk-folk anthems will be salivating already about one Mike Peters on tour during the autumn - he'll be out on the road very soon, with guitar in hand and classic Alarm songs in tow. The first show is in Sale on 20th October, followed by an extensive stream of shows throughout November including stops in Glasgow, Exeter, York, London and lots more until the 25th, which will see Peters rock Newcastle. Tickets cost from under a tenner.

Next year, however, Peters will hook back up with his trusty band-mates for two major events. Later on in the spring, The Alarm will perform a UK tour which will start in Bournemouth on 28th February 2013 and continue to Liverpool, Sheffield, Newcastle and more until London on 15th March. Please note that the Leeds show has had its retail date changed and will now go on sale with the rest of the tour on Friday 19th October (Liverpool is on sale Saturday 20th). All shows will take place at O2 Academy venues.

The second event to tell you about is the annual Alarm event, The Gathering, held in Prestatyn. It's a weekender for that most partisan of music aficionados - fans of The Alarm. Well, just decent rock music in general (all welcome). The weekender takes place prior to the tour, from 25th - 27th January 2013 and costs £130 (event and 2 night stay in apartment included). Guests are still to be announced.

During the '80s, bands like The Alarm, Simple Minds, Runrig and Big Country conquered the charts and filled enormous venues with their huge, authentic Celtic-rock sounds. Of course, anything post- the emergence of punk was, in a sense, 'post-punk' and New Wave seemed to cover bands from ABC to REM. Music has always been a broad church, it is the art form's great appeal, but there is no getting away from the fact that The Alarm and co were onto something.

And Mike Peters is living proof of that something. After The Alarm split in 1991, he singlehandedly resurrected the group around a decade ago. Since the sad death of Big Country frontman Stuart Adamson (in 2001), Peters has also (since 2010) fronted that band too. He also tours as a solo artist with a canon of classic post-punk rock to call on like few others and is patron of the charity Love Hope Strength Foundation, co-founded by Peters when he had a brush with leukemia in 2005 - further details here, http://www.lovehopestrength.co.uk/