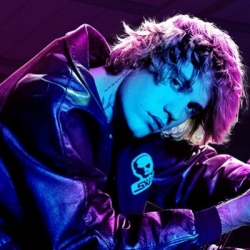 As previously reported, young Justin will be running with the Beliebers next February and March, kicking off a swath of dates in Dublin on 17th and 18th February, followed by Manchester (two shows - 25th has a few seats at £50), Liverpool (sold out), Birmingham (28th has £50 and £60 seats), Nottingham (sold out) and London's O2 Arena which previously only had expensive upper tier seats left for 5th March.

Good news - Justin Bieber has added another date to his London schedule and it's on 8th March. We will have tickets for the teeny star from 9am on Friday 9th November, priced from £50 upwards. You'd better 'Beliebe' it when we say you'll need to be quick to grab the best seats.

It was only four years ago that talent scout Scooter Braun unleashed Bieber on an unwitting and largely unprepared world but, in the relatively short time since, the Canadian singer has shipped a remarkable 15 million albums.

Forbes magazine recently named the 18 year old as the third most powerful celebrity in the world and, at that time, he'd still only released one studio album. His second, June's Believe, was his first UK No 1 record and the Believe world tour will be stopping off here early next year with six massive dates. Expect a Bieber flashflood as every news outlet and showbiz reporter up and down the land considers just how far they will go to get an interview, or even a photo. Anyone over the age of 30 may well be baffled by the singer's incredible success but the teen market has rarely seen anything like it. Get ready for Bieber Fever.

Support for Justin's UK tour comes from rising Canadian star Carly Rae Jepsen and Australian sensation Cody Simpson, who you can catch in his recently-rescheduled debut headline tour in-between each of those Bieber dates.