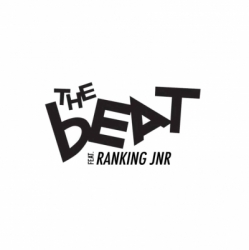 One of many so-called 'revivalist' bands formed in the Midlands during the '70s and at the height of high unemployment and the threat of Thatcher, The Beat weren't at the forefront of any revolution like their 2 Tone comparatives. While The Specials were commenting on the state of the nation, Ghost Towns and stereotypes and The Selecter were flying the flag for multi-racial feminism, Dave Wakeling and Ranking Roger were charming the charts with a cover version of 'Tears of a Clown', the old Smokey Robinson number. Hardly revolutionary, was it?

Actually, The Beat were as much about cultural harmony as pop music and social commentary, they just didn't rail or rant about it. After notching up that big hit with the Motown classic, transforming it from a smooth soul anthem into a busy tropical cocktail of skanking rhythms and cheeky toasting, the Birmingham outfit concentrated in delivering a self-penned string of hits such as 'Mirror in the Bathroom', 'Best Friend', 'Hands Off She's Mine' and the more political 'Stand Down Margaret'. They saved another cover version for a later single, 'Can't Get Used To Losing You' and continued the momentum gained with the debut album 'I Just Can't Stop It' with a stone-wall classic single (and non-album track), 'Too Nice To Talk To'.

Album number two appeared in 1981 - it's title, 'Wha'ppen?', a question that appeared on many people's lips as the band's star faded in the coming years. Despite hitting #3 and featuring as many, if not more, fine tunes such as 'Doors To Your Heart', The Beat's Smash Hits/Flexipop era came to an end almost as quickly as it started. After one more album in 1982 ('Special Beat Service'), Wakeling and co split up until a brief respite in 2003 when they performed at the Royal Festival Hall for a one-off show. But, The Beat are still an enticing live prospect as will soon be proven during their 2012 schedule.

As well as several festival slots, The Beat will soon be playing headline shows to support excellent reissues of their studio-albums, until the autumn when things will really pick up with a full tour. Early stops in September include Tavistock and Kingston-on-Thames, followed by October shows in Liverpool, Islington and Nottingham, November gigs in Southampton, Kendal and Edinburgh and then a whole stream of December shows from Bristol to Brighton, via big cities. We have tickets for all shows, priced from £15 to £20.