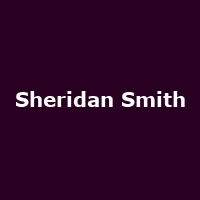 Last week, we wrote about the young actress Sheridan Smith earning her spurs taking on the iconic role of Ibsen's Hedda Gabler, 'the female hamlet'. A quick glance at the CV for Irish actress Fiona Shaw confirms that she too has played Gabler, at the National Theatre around 20 years ago.

If Smith's impressive if fledgling career may find a defining moment in Henrik Ibsen's social heroine, then Shaw can be categorised as one of the giants of modern theatre. Her Gabler moment came amid a torrent of high profile stage and television work which has continued almost unabated. Most familiar to modern audiences as Harry Potter's dreadful muggle aunt, Petunia Dursley, Shaw still commands some of the theatre's very best roles.

The part of Galactia in Howard Barker's Scenes from an Execution is one such role. Galactia is a free-spirited artist who wrestles with her conscience when commissioned to create a commemorative work depicting the Venetian victory over the Ottomans at the 1571 Battle of Lepanto. The painter seeks to recreate the bloody carnage of war all too accurately and faces her own battle to stay true to herself in the face of her client's expectations. Set in 16th century Venice, Scenes from an Execution is an intensely engaging study of sexual politics and "the timeless tension between personal ambition and moral responsibility, between the patron's demands and the artist's autonomy".

Scenes from an Execution previews at the Lyttelton Theatre from late September with the full opening on Friday 12th October, running until 15th November 2012. We have tickets available now, priced from £24 for preview circle seats, rising to £47 for the very best stalls.