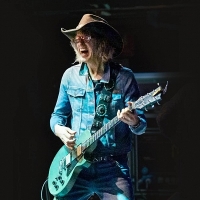 Very few bands consistently fall through the critical net in this country, with many ending up as either revered or hated or sometimes dismissed as merely moribund and pointless. Quite how Karl Wallinger's flame went out so quickly is one of life's little mysteries because his post-Waterboys World Party project could and should have been all over radio, magazines and record/ CD collections, rather than consigned to the reviews pages in monthly publications such as Q and Mojo.

Where Mike Scott's Waterboys excelled, apart from the amazing music of course, was in image and placement and the words used by writers to describe his charges' mountainous rock dalliances - 'big music, 'whole of the tune', 'Celtic soul covers' and 'anthems' seemed about right at the time. Meanwhile, ex-Waterboy Wallinger had to make do with 'sounds like The Beatles/Prince/The Beach Boys'.

Whilst this was not entirely untrue of Karl's influences, World Party were arguably more consistent than his predecessors, knocking out a good half-dozen albums and singles of straight-edged radio-friendly pop-rock with a psychedelic-funk twist. The 1987 single "Ship of Fools" goes down as one of the greatest misses of all time. So does 1990's "Way Down Now". And "Thank You World" from 1991. The 'misses' list is longer than the 'hits' list which includes "Message in a Box" and "Is it Like Today?", plus a few minor efforts (how did "All I Gave" nosedive?). "Goodbye Jumbo" is a must for album-buyers, no arguments.

After seeing one of his prettiest songs become a #1 for Robbie Williams ("She's The One"), watch his fine 2000 album "Dumbing Up" stall at #64 and suffer a brutal aneurysm for five years, lesser men than Wallinger may have ceased to care. After repairing his health some years back, World Party's archives naturally began to swell and the result, a 5-CD box set "Arkeology", has recently seen the light of day. New songs, old rarities, b-sides and unplugged bits make up the hours of joy.

There are more hours of joy coming your way in the autumn - World Party will be performing some rare shows in the UK, the first of which include shows in Oxford on 29th October and London's Royal Albert Hall on 1st November. Prices start at £22.50 and we will have tickets from Friday 29th June for London and Friday 27th July at 9am for Oxford. There is a pretty big chance that these shows will get snapped up sharp-ish - more shows are expected to be announced in due course.