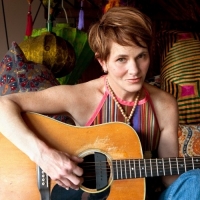 Between them, Mary Chapin Carpenter and Shawn Colvin have picked up a staggering eight Grammy awards and been nominated for many more. Both have been active solo artists since the 1980s and each offers a masterclass in soulful rootsy songwriting any time they pick up a guitar.

Colvin has recently released her eighth studio album, All Fall Down, in June. The record features a rare collection of fine musicians including Alison Krauss, Emmylou Harris and Jakob Dylan. The release of All Fall Down coincides with her autobiography Diamond in the Rough which extends Colvin's easy knack for storytelling into an entire volume.

Her dear friend Mary Chapin Carpenter, the winner of five Grammys between 1992 and 1995, also has a new record to tour with her latest album, Ashes and Roses, her twelfth studio LP, set for release next week. The album includes a duet with legend James Taylor, Soul Companion, which can currently be heard on radio playlists across the land. Like Colvin, Carpenter is a master of the musician's craft and an evening in the pair's company is a very beguiling prospect.

Mary and Shawn play eight very special dates this October, beginning at The Sage in Gateshead on 15th, followed by shows in Dublin, Derby, Birmingham Edinburgh, Liverpool and London, before the final show at the Corn Exchange in Cambridge on 23rd. The London gig is at the Royal Festival Hall on 22nd October. We will have tickets available from 9am on Thursday 28th June 2012, priced from around Â£25.