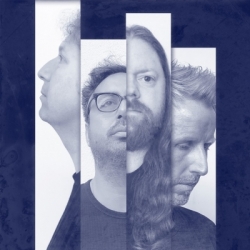 Well, all good things come to an end and nothing ever lasts forever, so the songs say and this is true of Hampshire's always-promising Hundred Reasons who have opted to call it a day after 2012. After a couple of false starts with 10th anniversary shows for their debut album, including the collapse of Sonisphere (they were due to perform) and the rejoining and subsequent absence of founding-guitarist Paul Townsend, the future of the band looked a little precarious until this week's official announcement.

To 'celebrate' their departure, Hundred Reasons have a pair of very special shows lined up that will feature two other previously-split or forgotten outfits in the shape of Hell Is For Heroes and Cable. All three acts will trawl through their catalogue to give everyone a huge send-off, with Hundred Reasons all set to finally play that debut in its entirety, preceded by Hell Is For Heroes performing their debut, 'The Neon Handshake'. The shows will take place at Manchester's Academy on 23rd November and London's HMV Forum on 24th. We will have tickets to both from 9am tomorrow (27th June), priced at £15 for Manchester, £17.50 for London.

Formed in 1999, Hundred Reasons' career started with a bang, notching up a Top 10 album in 'Ideas Above Our Station' and winning Kerrang! Awards left, right and centre. Although second album 'Shatterproof Is Not A Challenge' hit the Top 20, their label Sony BMG ditched them and prospects slowly dwindled from 2005 onwards, despite a fine final album in 'Quick The Word, Sharp The Action'. Good luck boys!

Tickets for London's HMV Forum gig sold out in hours after going on sale, so a second date has been added. Same bands, different venue (and date, of course). The new date is 22nd November and the venue is the Coronet in south London. Tickets are on sale now, priced £17.50.