Posted: 25th June 2012
The hardcore outfit from Berkeley will play shows in the UK and Ireland in November and December, tickets on sale 29th June 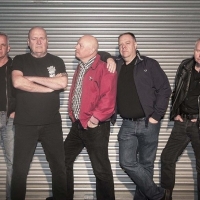 Last year, Rancid celebrated two decades as one of Northern California's finest punk exports. Unlike US punk revival bedfellows Green Day and The Offspring, however, Rancid have remained signed to an independent label and, in 2011, were able to reflect on an incredibly stable two decades at the vanguard of American indie punk rock.

After seven studio records, founder members Tim Armstrong and Matt Freeman can still be heard on vocals/lead guitar and bass respectively. An eighth studio album is set for release next year and, ahead of the new material, the four-piece are set to bring their 20-year account of US West Coast punk to the UK with a range of dates.

Rancid kick off the 13-date tour in Belfast on 28th November, followed by Dublin Academy, then back to the UK for shows in Nottingham (1st December), Glasgow, Liverpool, Leeds, Manchester, Bristol and more, before the final two shows at the HMV Forum in London on 14th and 15th December. The London dates are co-headline gigs with Cock Sparrer. We will have tickets available from 9am on Friday 29th June, priced from around £23 (25 for Dublin).

The Birmingham date (8th December) sees Rancid headline the Rebellion Xmas 2012 and they will also be appearing at Rebellion 'proper' in Blackpool on 5th August. The Xmas show is available now, priced £42.50 while day passes for Rebellion Festival 2012 are £50.