Posted: 25th June 2012
The Charlatans frontman will play a clutch of autumn dates with new solo material rumoured for release in 2013, tickets on Friday 29th June 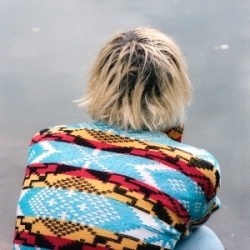 Somewhere, probably in the back of a dusty record shop in Manchester, a portrait of Charlatans' vocalist Tim Burgess grows old. As the years appear to make no mark on the man's fine features or even more delicate vocal, the painting must be thick with cobwebs, masking the paunch, fine lines and grey locks of a man in his forties who has spent a quarter of a century rocking and singing.

There surely must be some explanation for Tim Burgess's longevity and apparently agelessness. Maybe one begets the other; if he slows down - stops singing and ceases collecting records - maybe he'll start to look like a mere mortal once again. But it's unlikely.

It is approaching 25 years since the heavy fringes of sixth formers everywhere began to flop and sway to the infectious indie of The Only One I Know and Then. Taken from the 1990 debut album, Some Friendly, it was classic pre-Britpop indie guitar music you could dance to. The Charlatans have produced another 10 studio albums since, including two more chart-toppers and another pair which made No 2. With only the occasional fallow period, the band have been a going concern since 1989.

Burgess has also maintained a healthy solo profile as a revered muso, DJ and collector of records. He's also released a well-received solo record, I Believe. Around a decade later, he's set to issue another while still fronting one of this country's definitive indie outfits. With the new solo LP anticipated for next year, Burgess is touring this October.

The dates kick off in Manchester on 20th, followed by shows in Birmingham, Bristol, London, Dublin and, finally, Belfast on 27th October 2012. We will have tickets from 9am on Friday 29th June, priced from around £15 for the UK shows and 20 for Dublin.