New album follows up first volume with From The Lowlands 2 and shows, tickets on sale now 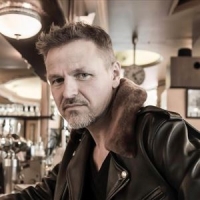 The affection and adoration shown for Essex boy Tom McRae's smooth, intimate and soul-searching songs isn't far from a religious experience, which is all the more apt when you discover that the guitarist and singer is a vicar's son. This didn't prevent the teenager experimenting with nothing more intoxicating than a borrowed guitar and a heap of influences no more potent than Bob Dylan, Neil Young and Paul Simon.

Just over ten years ago, McRae released his first album, simply entitled "Tom McRae" and oozing with subtle, yet memorable, songs such as "You Cut Her Hair", "Bloodless" and "Language of Fools". Unsurprisingly for such an astonishingly honest inaugural release, nominations for awards began to trickle through, most notably for the Mercury Music Prize in 2000. Album number two, "Just Like Blood", ushered in a more grandiose sound with strings and a pageantry of guest session-musicians and a minor hit in "Karaoke Soul". The more reflective third album, "All Maps Welcome", is perhaps his finest work (the opener, "For The Restless", positively shimmers), but subsequent follow-ups have failed to capitalize on the earlier buzz, not on any big scale at any rate.

With such an established and robust catalogue behind him, this shouldn't bother McRae in the slightest because his tour-dates have a habit of reaching devotional heights and selling fast. With new material currently being rounded off in the Welsh hills, Tom's next move is to get those songs to his public by the end of the year in the form of an album.

Volume 2 of "From the Lowlands" is issued in the autumn. Sub-titled as "Alphabet of Hurricanes Part 2", it will precede his previously-announced UK tour, set to start in Colchester on 28th October and followed by Norwich, Birmingham, Nottingham and more until Belfast on 13th November. We still have tickets for his shows, priced at Â£13.50. Nearest show to London is Oxford on 11th November.