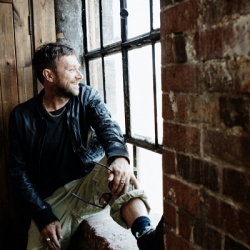 A few months ago, soul legend Bobby Womack released one of the year's most rewarding earworms, the single "The Bravest Man in the Universe". Packed with strings, atmospherics and that husky soulful vocal permeating what is, it must be said, a classic effort. Who knew that an entire album's worth of Womack wonders would deliver the equal of his best moments from earlier in his career (see above)?

The singer's renaissance hasn't gone unnoticed by the public - he's already sold out one London show booked for November, inspiring his agent to confirm a second show at the HMV Forum on 27th November. If you want to see what the fuss is about, you'll hardly need persuading after listening to the album - tickets are available from us now, priced at £27.50.

After a decade of helping other singers reap rewards, the '70s finally bore some lucrative payback for Marvin Gaye-protégé Womack - he issued a string of acclaimed albums including 'Communication', 'Understanding' and the ubiquitous classic, 'Across 110th Street'. In fact the '70s proved to be a template of sorts for his brief flirtation with success in the early '80s - both of 'The Poet' volumes became successes on both sides of the Atlantic. Sadly, Womack lost the plot with drugs for the best part of a decade and albums became patchy, save for infrequent jobbing as a go-to duellist for the likes of Living in a Box, Lulu and Mica Paris.

Save for his 'Across 110th Street' in the film 'Jackie Brown', all went quiet again until being inducted into the Rock and Roll Hall of Fame" in 2009 and one Damon Albarn installing him as vocalist on Gorillaz' 2010 album, 'Plastic Beach' - what a cracking tune 'Stylo' was. 2012 has seen the Albarn connection come full circle with the Blur man employed as Bobby Womack's producer on his new album, 'The Bravest Man In The Universe'. Released on XL, echoes of another soul legend's career turnaround hover alongside this comeback - label-boss Richard Russell, who worked with Gil Scott-Heron on his final set 'I'm New Here', is the other man twiddling the knobs on this. Check out the title track for proof of how nifty that twiddling is.

Damon and Richard will feature in both of Bobby's London shows.