The Maine return to the UK with 2012 headline tour

Posted: 18th June 2012
The American rockers are touring the UK in September in support of their latest record, Pioneer - tickets on sale Wednesday 20th June 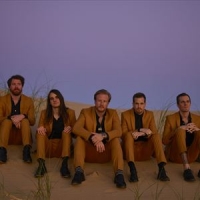 Punk pop five-piece The Maine are following their recent dates supporting All Time Low with a headline tour of their own in the autumn. Not that it makes much difference; whether supporting or headlining, pretty much every show The Maine have played in the UK in the last two or three years have sold out.

The answer lies in the energetic, catchy pop punk of records like debut Can't Stop, Won't Stop (2008) and 2010's Black & White which peaked at No 16 on the main US Billboard chart and made the Top Five on the Alternative countdown.

The band's third studio album, Pioneer, was released in late 2011 and again charted well, making waves with the singles Don't Give Up On Us and Some Days. With John O'Callaghan's appealing vocal and catchy, crashing guitars, it's a wonder we've not heard more of The Maine in the main(e)stream music press. Perhaps they can be our secret.

The headline tour kicks off at the O2 Academy in Birmingham on 20th September, followed by shows in Manchester, Leeds and Nottingham, before the final gig at London's Electric Ballroom on 26th September 2012.

We will have tickets from 9am on Wednesday 20th June, priced from around £11.