Posted: 13th June 2012
Vintage Festival takes place in July and will feature Chic, Aloe Blacc, Cameo, Betty Wright, art, design, fashion and more - and one of our lucky readers gets to go for free! 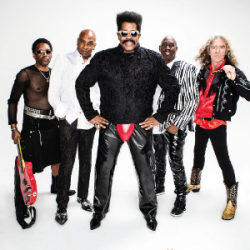 The 2012 edition of Vintage Festival takes place on the 2000-acre Boughton Estate and Park near Kettering from 13th to 15th July. The brainchild of celebrated British design-gurus Wayne and Gerardine Hemingway, Vintage celebrates the very best music, art, fashion, culture, food and drink. Hailed as "inspired" by Norman Jay, as having "amazing attention to detail" by critic Simon Price, Vintage has hit the right spot with admirers and was voted as Best New Festival at the Festival Awards UK in 2010.

But, if your name is Ashley Lachasseigne, then you get a pair of tickets for nout!