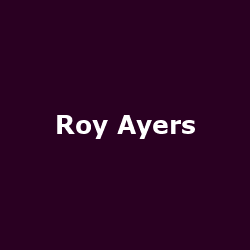 Founded in 1983, this major jazz festival is the 'go-to' for fans of the genre, not least for its incredible annual line-up of stars from across the globe. Previously, Humphrey Lyttleton, George Melly, Jan Garbarek, Sonny Rollins, Cleo Laine, Courtney Pine and even Van Morrison, who is no stranger to adding jazz essences to his repertoire, have all graced stages in and around the Welsh Brecon area.

Last year, previous promoters from The Hay Festival pulled out with the usual economic climate and financial difficulties also bearing down on the future of this heritage event. Thankfully, Cardiff-based promoters Orchard have commandeered the responsibility of running it - Brecon Jazz Festival 2012 lives on with many aims, one of which is to involve members of the local community a lot more and feature street entertainment, as well as an all-star cast of jazz and soul legends.

We will have tickets available for all featured Brecon Jazz 2012 shows running from 10th to 12th August from 9am on Saturday 12th June, prices vary with many shows costing around a tenner!