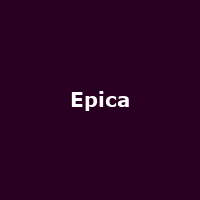 The idea of mixing classical music with metal was unheard of until Queen brought the idea to a mass audience in the '70s with "Bohemian Rhapsody". But mixing operatics with thrash, well that's just bonkers, surely. Actually, no, because so-called symphonic metal is big business around most of northern Europe with bands such as Nightwish, Therion, Within Temptation and Dutch outfit, Epica, who have just issued their fifth album, the dramatically entitled "Requiem for the Indifferent" (released in March 2012).

Grandiose sweeping orchestral and choral arrangements and heads-down no-nonsense riffing has turned Epica a 'maybe' into a 'dead cert', particularly with the socio-political elements on 2003's debut set, "The Phantom Agony" and the new-age inspirations behind follow-up "Consign to Oblivion". Their canon evolved into something even more widescreen in 2005 with the release of neo-classical instrumental movie-soundtrack, "The Score - An Epic Journey" (actually used for a film entitled "Joyride").

"Requiem for the Indifferent" sees vocalist Simone Simons exercising her considerably epic pipes to good effect, an example of which can be heard on the recent single "Storm the Sorrow". For all you growlers out there, co-vocalist Mark Jansen is still grunting majestically for Holland - which all bodes well for the Netherlands-based rockers' next UK tour which starts in December.

First stop on the UK jaunt is Nottingham on 11th December, followed by Sheffield, Newcastle, Glasgow, Manchester, Wolves and finally on 19th December, Camden's Electric Ballroom. We have tickets available for all dates except Manchester, now, from £16 (£17.50 for London and £35 meet-and-greet for certain dates). We will have tickets for Manchester from Wednesday 30th may at 9am.