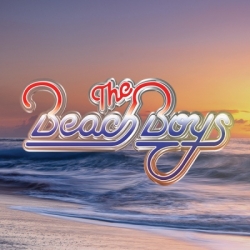 In the autumn, the remaining Beach Boys survivors, Brian Wilson, Mike Love and Al Jardine (plus David Marks and Bruce Johnston) will perform two 50th Anniversary concerts in London. Wembley Arena's show on 28th September has sold out already, which has prompted the band to announce a second show for the night before (27th) at the Royal Albert Hall. We will have tickets on sale from 9am on Friday 29th June - demand will be just as quick as Wembley, if not quicker. If you're curious as to why you should go, read on!

If you're old enough to remember the effect that Messrs Wilson, Wilson and Wilson (and Love and Jardine) had on life in the '60s, you'll remember the trademark alternative to the brash rock and roll sounds that had dominated the late '50s, particularly in the States. The Beach Boys were, and still are, totally unique. Beautiful carefree summery-pop, laced with heavy doses of harmony, hope and wholesome grins, early songs like 'Surfin' Safari', 'Surfin' USA' and 'Surfer Girl' hinted at a one-trick pony, but the quintet grew into a solid outfit with 'I Get Around', 'Good Vibrations', 'California Girls' and the ubiquitous 'God Only Knows', taken from the landmark classic 'Pet Sounds' album. In more recent years, chief songwriter Brian Wilson performed these classic songs during high-profile solo shows (Glastonbury in 2005, springs to mind).

But, while the '60s were undoubtedly The Beach Boys' heyday, the '70s saw a slump in popularity as the band concentrated on honing their art on albums such as 'Sunflower' and the acclaimed 'Surf's Up', a record that has proved to be something of a benchmark for any indie/Americana band intent on harmonizing or writing a tune or two. In 1985 after various health scares, Brian Wilson joined the remainder of the band for a Live Aid performance, before launching a solo career with mixed results. 'Smile' finally appeared in 2004 with Wilson looking healthier and sounding determined enough to promote it with shows. Brian was back and so was the Beach Boys incredible legacy. 'That's Why God Made the Radio', their first collectively-recorded studio album since 1992's 'Summer In Paradise', is released now.