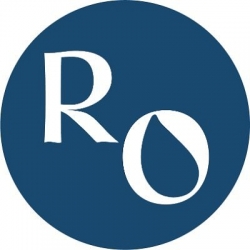 Within just ten years of Charlotte Church's relatively short music-career, she had amassed over 10 million worldwide sales of her singles and albums. No mean feat for a talent that veered from having the voice of an angel to the face of controversy - well, if you believed the tabloids. Thankfully, many didn't, including Church herself who recently and successfully proved her case against a certain red-top to the tune of £600,000. Result.

For 2012, Charlotte Church has continued to distance herself from fame but not from fans. The concerts haven't been as regular, the demands from managements, media and hangers-on has petered-out to manageable levels and, not surprisingly, the supposed scandals (ooh, smoking, bad girl) have gone largely unreported. A repentant relaxed Church herself was recently quoted in a Wales Online interview as "being content with her Welsh homelife". Long gone are the heady days of her opera debut "Voice of an Angel", the frenetic dance-days of "Tissues and Issues" and being a "Crazy Chick" - it's time to follow up 2010's "Back to Scratch" and keep it low-key.

As far as forthcoming shows are concerned, Church has been confirmed to profile new material such as "The Rise" and "Say It's True" at festivals such as Blissfields and the Rock Oyster Festival in Cornwall. But it's her headline summer dates that will attract back the fans - these include two Wales shows in Cardiff on 8th June and Narbeth on the following night (£10 or less), followed by July and August appearances in Oxford, Leeds, York, Stockton and Manchester with more to be announced. Prices start at £12.50 - her new album should appear sometime during 2012.