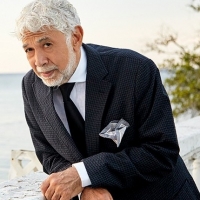 This year sees the Caribbean island of Jamaica celebrate 50 years of independence and, not surprisingly for a country renowned for partying, the celebrations are coming thick and fast. Recently we told you about the IndigO2-based festival Jamaica 50th, which is due to take place over the course of two weeks during July and August - you can read about it here: www.allgigs.co.uk/click/jamaica50

Whilst a few of the stars from that festival will be out playing the occasional UK headline show, none will be as anticipated as this outfit. The Jamaican Legends Band name pretty much sums up the musicians present in its line-up - the quartet reads like a who's who of reggae-masters. Surely one of the most prolific and successful production duos to come out of Jamaica is Sly & Robbie, who will take up their usual positions on drums and bass, while Studio One jazzy surf-reggae guitarist Ernest Ranglin and mellow-mood pianist Monty Alexander will complete what promises to be a spot-on and eagerly-awaited experiment in reggae, roots, ska and dancehall.

Sly Dunbar and Robbie Shakespeare were the driving force on many artists' recordings during the '70s and '80s, including Grace Jones on her string of inch-perfect hits such as "Pull Up to the Bumper", "Private Life" and her most recent album "Hurricane", Black Uhuru's sparkling back-catalogue such as their must-have "Chill Out" set and Gregory Isaacs' superlative "Cool Ruler" set amongst others, as well their own captivating tracks such as "Fire", "Boops (Here to Go)" and various Taxi Gang dubs.

Monty Alexander represents the more soothing jazzier-end of Caribbean music whose CV includes dozens of beautiful records throughout the '70s and '80s, as well as session work with Ernest Ranglin, Milt Jackson and Dizzy Gillespie. And it's Ranglin who occupies the guitarist's seat, a man synonymous with lilting rocksteady rhythms and sweet surf-style guitar, best sampled on his smash-hit, "Surfin'". His 1964 album "Wranglin'" and the much later 1996 set, "Below the Bassline" are worthy additions to any collection.

The Jamaican Legends Band will perform three additional shows to their London appearance on 29th July, starting with Birmingham on the 30th, Manchester on the 31st and Bristol on 1st August. We will have tickets from Wednesday 30th May priced from £26.

Note that the Birmingham New Alexandra Theatre, Bristol Colston Hall and Manchester Opera House dates have now been cancelled. The London date remains unaffected. Ticket-holders should contact their point of purchase for a refund.