Win a pair of tickets to Vintage Festival 2012 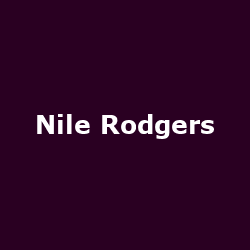 Now that some semblance of spring and summer has finally combined to give most of the UK some brighter weather, thoughts are turning to that age-old British tradition of slapping on some factor 30, donning last year's crumpled beachwear and, er, lolling about in the garden. Forget all that, why not head out to a festival? Our Festival Guide features dozens of tempting events throughout the summer months, including this little Northamptonshire cracker.

Vintage Festival takes place on the 2000-acre Boughton Estate and Park near Kettering and is the brainchild of celebrated British design-gurus Wayne and Gerardine Hemingway and celebrates the very best music, art, fashion, culture, food and drink. Hailed as "inspired" by Norman Jay, as having "amazing attention to detail" by critic Simon Price and concluded with "never a dull moment" by online-shop ASOS, Vintage has hit the right spot with admirers and was voted as Best New Festival at the Festival Awards UK in 2010.

For 2012, the three-day festival will be celebrating 8 decades of British 'Cool' with a music roster that boasts Aloe Blacc, Chic featuring Nile Rodgers, Swing out Sister Big Band, Baxter Dury, Cameo, Betty Wright, Sérgio Mendes, Saint Etienne, The Damned, Alice Russell, DJs including Terry Farley, Danny Rampling, Greg Wilson and more, plus roller-disco, classic cars, design schools, catwalk shows, fashion-workshops, cocktails, cinema, funfair and loads of food and drink. In short, a fun weekend to be had by all and that's an order!

Tickets cost £139 for weekend with camping. But, fancy going for nothing? Zilch? Gratis? Read on and find out how.

To be in with a chance of winning a pair of tickets to attend Vintage Festival from 13th to 15th July, just click on the Enter Competition box below and follow the dead-simple instructions. The prize is a pair of tickets - you will need to make your own travel arrangements and bring your own tent for camping purposes.

Deadline for entries is the end of the day on Friday 8th June 2012. Entrants from the UK only.