Posted: 24th May 2012
Acclaimed US singer-songwriter also confirmed for All Tomorrow's Parties 2012, tickets on sale Friday 25th May 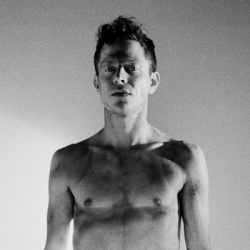 Now what was it that Public Enemy rapped some 25 years ago? Ah yes, "Don't Believe The Hype", which is worthy advice when faced with some of the detritus thrust upon us by the music press and TV talent shows - maybe they should just leave it to other pop stars to endorse and promote artists these days. Michael Stipe is one man who has clearly lost control of his superlatives - he's fired plenty of complimentary ones about Perfume Genius at anyone who will listen to him. But, he just could be onto something with this chap.

Perfume Genius is in fact, Mike Hardreas and he seems to be about the only bloomin' songwriter who doesn't hail from Brooklyn. Musically with Hardreas, we're ensconced in territories frequented by the likes of Rufus Wainwright, Antony and the Johnsons, Agnes Obel and Bon Iver, a sort of fragile not-so-theatrical version of the former and perhaps a less harmonic impression of the latter. However, armed with an air of the dramatic and widescreen, the downtrodden and the haunted, his unique brand of hopeful keyboard-driven melancholia might cover plenty of bases and earn him some props.

So far two albums have been released, the debut 'Learning' in 2010 and this year's 'Put Your Back N 2 It', both on Matador and both critically courted to the point where the buzz is starting to get just a bit louder this time around. Perfume Genius has therefore announced a string of UK appearances across the summer, including a few festival slots at Latitude, End of the Road and the recently-announced All Tomorrows Parties, curated by The National, as well as a latesummer headline tour.

Stops include Leeds on 30th August, followed by Cardiff, Glasgow, Birmingham and finally Islington's Union Chapel on 6th September. We will have tickets on sale from 9am Friday 25th May with prices starting at £10 (£12.50 for London). Time to see if Mr Stipe is right!