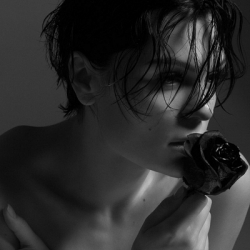 Not exactly the best Christmas present to throw at your fans, who have been champing at the bit to see their heroine in concert, but Jessie J has announced her intention to shift her entire spring tour to later in the year. The "Price Tag" star is keen to head out on tour with a finished album, due in the summer, and is therefore going to spend March ensconced in a studio somewhere.

I would like to be the first to tell that you that my 'Nice To Meet You' tour has been rescheduled to later next year. I am honestly truly sorry but I hope you all can understand that it's just because I would like to take more time to finish my new album. I promise to make this tour my biggest and best ever and cannot wait for you all to hear my new songs.

All tickets remain valid for the new shows, however refunds are available from the point of purchase if you can't make the new dates which now start on 15th October 2013 in Belfast, followed by Dublin, Birmingham, Sheffield and many more until Cardiff on 11th November. Note that the Glasgow gig will now take place at the Hydro, rather than the SECC.

As people return tickets, shows which were previously sold out have become available. At the time of writing, Belfast, Aberdeen and Glasgow are sold out, but many now have good tickets available.