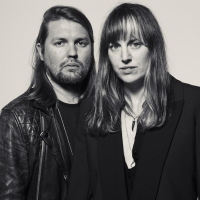 The temptation to return to the UK after a summer of festivals, many overseas, has obviously proved to be too much for Band of Skulls - they've now extended their previous announcement of two December dates in Brixton and Southampton to a full-blown jaunt.

Band of Skulls will now play shows in Glasgow on 27th November, followed by Sheffield, Cardiff, Nottingham, Manchester and Birmingham until the show in Brixton and homecoming show in Southampton on 9th Dec. We will have tickets to the new shows from 9am on Friday 3rd August, priced from £15. Brixton is still available at £17.50 but that Southampton show has long since sold out.

The south coast triumvirate of Russell Marsden, Emma Richardson and Matt Hayward got together in 2008, initially as Fleeing New York, before settling on the more memorable sobriquet Band of Skulls. The success which followed has all been a bit staccato; short, sharp bursts of fame in various quarters. Some songs have proved popular here, some more so in Canada or the US. The success of the second full-length release, February's Sweet Sour, suggests that the widespread coverage was paying off with the record attracting another warm critical response and a Top 20 slot (No 14, to be precise) on the UK album chart.