Karine Polwart to leave Traces during her autumn 2012 UK tour

Posted: 21st May 2012
Her first new album in four years to feature in new shows, tickets on sale now 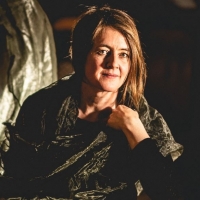 Describing a songwriter and performer as well-seasoned could either be taken as a compliment (experienced in life, perhaps) or an insult (past it), but in Scottish folk singer Karine Polwart's case, it means the former and more. Reading through her various biogs and reviews online reveals that salt has played a part in Polwarts recent activities - she played Saltaire on her last tour, she posted a piece about Sir Titus Salt, the founder of said village and has previously recorded a song entitled 'Salter's Road', a song dedicated to a gravel track frequented by salt-panners and past neighbours.

And that is essentially what Polwart's career has been about - stories. Some factual, some mythical but mostly engaging, her musical career began in Stirlingshire, passed through Glasgow and has now covered most of the UK at some point. Her observational lyrics and smooth Caledonian vocals have drawn her a sizeable crowd, as witnessed on her recent spring tour. As well as performing solo and with brother Steven and Inge Thompson, Polwart has previously played in Malinky and The Battlefield Band, as well as nu-folkers The Burns Unit. As I say, seasoned.

After winning BBC Folk Awards for her debut album 'Faultlines' in 2005 and another for the song 'Daisy', taken from the follow-up 'Scribbled in Chalk', things quietened down somewhat, although she has plugged away with two further albums and a new family. 2012 will see Karine issue her fifth studio album in the shape of 'Traces', due out in August, as well as making appearances at the Cambridge and Shrewsbury Folk Festivals.

In the autumn, you can catch the sterling (sorry) contemporary voice of Karine Polwart on tour once again, this time kicking off in Glasgow on 19th September, before resuming in October in Salisbury on the 5th. Other stops include Oxford, Stroud, Islington, Birkenhead etc until returning to Scotland in November for shows in Aberdeen and Edinburgh. Tickets cost from £15 to £17.50 and are on sale now.