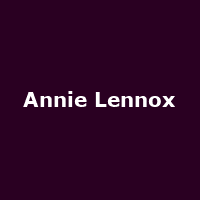 It has been announced this morning that Dave Stewart's eagerly anticipated Ringmaster General tour has been postponed with no dates rescheduled as yet.

Not only was he one half of the hugely successful Eurythmics, Dave Stewart's CV reads like one of those encyclopaedias of rock. As a musician he formed his own band, The Spiritual Cowboys, sealed several collaborative projects with the likes of Terry Hall (in the shortlived Vegas), singer Barbara Gaskin for oddball cover-versions such as 'It's My Party' (a hit) and 'Busy Doing Nothing' (not a hit) and squeezed two unlikely hits out of Argent's singer Colin Blunstone and foxy sax-player Candy Dulfer (the instrumental 'Lily Was Here' was a huge single, the corresponding film wasn't).

His production work has included working with Tom Petty, Shakespeare's Sister (he had previously married singer Siobhan Fahey), Bryan Ferry, Bob Geldof, Ringo Starr and Jon Bon Jovi. Recently, he worked with Stevie Nicks on her 2010 album, 'In Your Dreams', as well as produce an EP for Greek-Australian guitar sensation, Orianthi.

Stewart will release his seventh official solo album. Entitled 'The Ringmaster General', the collection of new material borrows from his vast experience and musical chops with all manner of genres represented - rock, blues, soul and psychedelia, you name it. Orianthi features on lead-single and video, 'Girl in a Catsuit', which you can check out in this article.

The live dates, however, will have to wait. Refunds are available direct from the vendor.