Posted: 16th May 2012
The solo project of Swedish folk singer-songwriter Kristian Matsson completes a busy summer with a Hop Farm date and selection of autumn shows - tickets on sale now 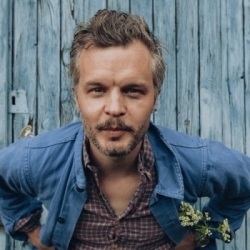 Kristian Matsson is not the tallest man on earth. In fact, he would appear to be around average height for a Swedish folk musician (they're nearly all 5' 9"). But his music and reputation sweeps before him, elevating him to comparisons with a young Bob Dylan.

To date, Matsson has released two studio albums with a third, There's No Leaving Now, set for issue on 11th June. The first single from the new record, 1904, can be heard above. Like all of his work, There's No Leaving Now was written, recorded and produced at his home in Dalarna, Sweden. All of which helps bring a comforting intimacy to occasionally funny, often haunting, themes from a musician who is widely regarded as part-human, part-guitar.

The Tallest Man on Earth hits the road in the UK in October, taking in trips to Bristol, Belfast, Edinburgh, Manchester and Brighton. We have tickets available now, priced £16 to £18.

Ahead of the autumn shows, Matsson is playing the Hop Farm Festival on 1st July and the Green Man Festival 2012 on 19th August - we have tickets available now for both. There's also a one-off headline show at the Hackney Empire on 3rd July. Tickets are selling fast for that one with only Balcony tickets remaining at time of writing.