Posted: 14th May 2012
London and Manchester shows included in five-date jaunt for May 2013 - tickets go on sale at 9am on Friday 18th May 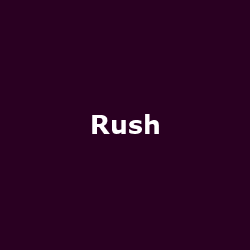 When Rush formed, there was no Abbey Road or Let It Be, nobody spoke of what had happened at Woodstock (or Altamont) and absolutely no-one had ever been to the moon. When, in August 1968, Geddy Lee formed the Canadian band, it is unlikely he ever imagined he'd still be doing exactly the same thing 44 years later.

And long after the hippy dream died and stoner rock began to grow old with the baby boomers, Lee, co-founder Alex Lifeson and Neil Peart, who joined in 1974, are still going strong with their brand of prog-accented hard rock. It has seen Rush sell around 40 million albums worldwide with a back catalogue of 18 full-length studio records. In those four decades-plus, Rush have never gone longer than six years without releasing a new record and, right on cue, five years after their last, the 19th LP, Clockwork Angels, is set for release next month.

The band are taking the new material on the road with a massive tour of the US and Canada which crosses the Atlantic next spring. Rush kick off the European leg of their Clockwork Angels tour at the Manchester Arena on 22nd May 2013, followed by London's O2 Arena, the LG Arena in Birmingham and the Sheffield Motorpoint Arena, before the final date at the Glasgow SECC on 30th May 2013, before heading off to Germany.

We will have tickets available from 9am on Friday 18th May, priced from £60.