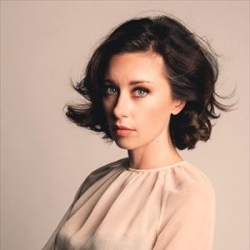 The fact that new Americana crooner Lera Lynn hasn't yet earned a Wikipedia entry (yet), means diddly if you have a voice as smokey and as expressive as hers, you don't need some lame biog to satisfy your curiosity - it is, after all, about the music. Lynn (no relation to Dame Vera), hails from Georgia and has already grabbed a few awards for her deeply dark musings, including one for the song featured in the embedded video, 'Bobby, Baby'.

Taken from her acclaimed 2011 album, 'Have You Met Lera Lynn?', it's a story of driving in darkness, visiting a lost love at a graveside, bourbon intake and, er, a shovel. As tunes go, this is a cast-iron cert which evokes comparisons to Tarnation, Gillian Welch, Alele Diane and namesake Loretta (also no relation). She's also taken on a few brave adaptations of other people's songs, namely Johnny Cash's 'Ring of Fire', Neutral Milk Hotel's 'In The Aeroplane Over The Sea' and TV On The Radio's 'Wolf Like Me'.

After picking up even more awards for Best Americana Artist and Best Vocalist at various polls and awards, it's time for Lynn to spread her creative wings and cast her enchanting gaze across the seas - which has resulted in her confirming a string of dates in the UK, straight after her current US tour. As soon as she's done over here, it's back to the US for a support slot with another sweetly-tonsilled singer, namely K.D. Lang. Nice work.

First stop in the UK is the sold-out Secret Garden Party on 20th July, followed by shows in Gateshead, Manchester, Birmingham and London, before heading north to Perth for their Southern Fried 2012 festival on 28th July and finally the Cambridge Folk Festival 2012 on the 29th. Tickets are available for her own headliners right now, priced from £12.50. Festival tickets are at various prices.

Both the Manchester Deaf Institute and Birmingham HMV Institute gigs have been cancelled, but the London date is still going ahead (at the time of writing). No news as to why, but we're presuming the festival dates are still OK - no news from them to the contrary.