Posted: 10th May 2012
The legendary soundsystem have lined up two gigs at the Islington Assembly Hall in November, vocalist Caron Wheeler will also be appearing - tickets Friday 11th May 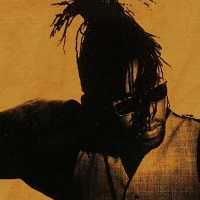 It's been around 25 years since Jazzie B and the Soul II Soul soundsystem began to shape the musical character of the late eighties, giving the British soul scene a new, urban edge which conquered the world.

Just a year after forming, the singles Keep On Movin', Get A Life and the gigantic Back To Life had made Jazzie B's hat as recognisable as any in British music. Those three singles reached the UK Top Five, with Back To Life, featuring the vocals of Caron Wheeler, topping the countdown for four weeks, defiantly wedged between the NutraSweet pop of Jason Donovan and Sonia.

The parent album, Club Classics Vol. One, was just as big a success, reaching No 1 in the UK and making the US Billboard Top 20. These halcyon days seem a world away but, at the same time, just yesterday. Rich, fresh and exciting, Soul II Soul were a counterpoint to indie and rave culture and the songs have stood the test of time as well as any. If you don't believe that, just check out one of the forthcoming live shows.

Soul II Soul and Caron Wheeler are playing two consecutive nights at the Islington Assembly Hall on Thursday 29th and Friday 30th November 2012. We will have tickets available from 9am on Friday 11th May, priced £27.50 to £37.50.

Ahead of the autumn shows, Soul II Soul have a busy summer of festival appearances including the Happy Days Festival 2012 in Surrey on 3rd June, MFest 2012 at Harewood House near Leeds on 8th July and Rewind - the '80s Festival 2012 in Henley in August - we have a selection of tickets available, see below. In addition, Caron Wheeler is also joining Jazzie B and co for a headline Brixton gig on 22nd June - we have tickets for that one on sale now, priced just £15.