Posted: 4th May 2012
The folk legend is set to take you by the hand and lead you through a massive tour which kicks off in October, tickets on sale now 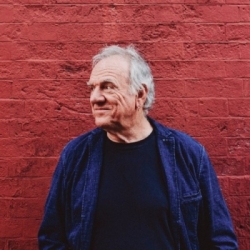 Ralph McTell's name has become a by-word for esoteric folkiness. Anyone who knows English folk knows who McTell is and everyone else - everyone - knows his most famous song.

Born in Kent towards the end of World War II, McTell found his voice throughout an at times difficult childhood and something of a peripatetic existence as a young man, spending time busking on the streets of Paris before meeting his Norwegian wife there and settling in Cornwall. The song for which McTell is most famous is his 1974 smash-hit single, Streets of London. Covered hundreds of times and sung in school halls and choirs everywhere, Streets of London is, fittingly enough, a staple of buskers all over the world.

Inspired by his own observations of life on the street, the song has become something of a busking anthem. But it's not just the street corners and subways of the world which appreciate Streets of London; it won McTell an Ivor Novello award and was an enormous success. It is fair to say that McTell's appeal extends far beyond that one song, with the folk hero releasing around 40 albums since the late sixties.