Posted: 1st May 2012
The German Comedy Ambassador is landing in Clerkenwell for a dozen gigs throughout July - tickets on sale now 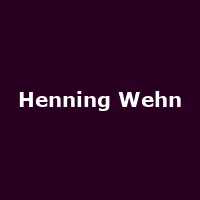 A love of sausages, a frankly ridiculous fashion sense and a touchy jingoistic take on international relations - yes, us Brits have our fair share of problems. But, throughout the disheartening daily experiences of life on this sceptred isle we have, it seems, the ability to laugh at ourselves; at it all. This, after all, put the Great into Britain. A glance back through the comedy archives will reveal a nation wetting itself with laughter at the Ealing Comedies of the heavily rationed and desperate post-war years or crying tears of joy at Basil Fawlty while the entire nation flushed itself down the toilet in the 1970s.

And, of course, at the Germans. With their work ethic, incessant pragmatism and desire to get things done. Ha, what a laugh. And now they tower over us; a European economic leviathan fixing the superstate's myriad problems and swatting us dismissively aside. At least they're not funny.

But even that's no longer a sustainable view. Take Henning Wehn. A German comic in the self-deprecating mould of some of our most fragile and successful stand-ups. He mercilessly rips into the British stereotype of Germans and Germany, always coming down on 'our' side yet leaving the distinct impression that he's the funny one; the clever one. Dumb German. Wehn's whole shtick is that we mock the German sense of humour (or supposed lack of it) when, in fact, he proves they can be as sharp and self-aware as any. And funny, very funny.

Henning will be performing amid the Victorian splendour of The Betsey Trotwood in Clerkenwell from 2nd July, clocking up 12 appearances including the last on Thursday 26th July 2012. We have tickets available now, priced just £7 for the first two shows and only £9.50 for the remainder.

Ahead of the July run, Henning When has a smattering of dates throughout May and June (including an earlier Betsey gig), tickets available now.