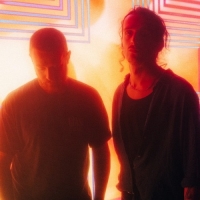 Incredibly, and considering they haven't been absorbed by the mainstream (yet), King's Lynn's spikey rock-outfit Deaf Havana have sold out every one of their headlining tours since 2009. That, ladies and gentlemen, is some feat. Formed in 2005, friends Ryan Mellor, James Veck-Gilodi and Lee Wilson can actually trace the foundations of Deaf Havana as far back as high school, with the final recruitment flourish taking place a few years later at college. Within a year, they toured their first demo, 'White Lines But No Camera', in 2006 - by this time, the lads had caught the music-bug completely and set about using MySpace as a platform for unleashing new songs.

Word of mouth, networking and more demos ensured that Deaf Havana were 'ready to go' when faced with putting together their well-received debut album, 2009's 'Meet Me Halfway, At Least'. They joined the Metal Hammer Introducing Tour with Young Guns later that year, although they lost founder Ryan Mellor the following year. He wasn't replaced and instead Veck-Gilodi took up the microphone-mantle - which leads us nicely to recent Top 50 sophomore album, 'Fools and Worthless Liars'. The screams have turned into capable songs one of which, 'Leeches', you can sample on the video.

If you missed out on their April tour, fear not Havanaphiles - they've just announced another hefty string of shows in November to follow-up their much-anticipated 2012 appearance at the Leeds and Reading Festivals. Starting with Coventry on the 8th, the journey will take them to Leeds, Manchester, Glasgow and all the usual cities until rounding it all off in Shepherd's Bush on 16th November.

We will have tickets available for all Deaf Havana shows from Wednesday 2nd May at 9am, priced from £12.50 (or £15 for London).