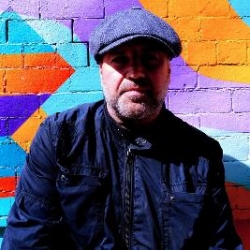 Unless you've been hiding under a rock, you'll know that its 30 years since the landmark Manchester club the Hacienda first opened its doors to the unsuspecting public. Formerly a yacht showroom, the live venue-turned-nightclub-turned superclub (funded primarily by New Order and Factory Records) grew in stature and status over a five year period until hitting its peak with the advent of acid-house and (cringe) Madchester drew in the crowds (and sadly, some naughty scallies).

Earlier this year, the celebratory Hacienda 30 party kicked off with a vengeance and a trio of club-nights across Manchester as well as a terrific mix CD, also called Hacienda 30. But parties weren't created to last for one night, two or three, or to be tied to one town - they were made to last and grow. To this end, three more massive birthday bashes have been confirmed to take place across the country during the next few weeks, with an enviable line-up of pioneering DJs who set the tone 'back in the day' (or should that be 'daze'?).

First stop is Leeds' Mint Warehouse on 14th November with Frankie Knuckles at the helm, alongside Graeme Park, Allister Whitehead and 808 State with Bez on vibes (£15). Next, the party careers towards the capital on 15th December - Camden's KOKO venue will host sets from Marshall Jefferson, Mike Pickering and Todd Terry (£15.50).

Finally and fittingly, Hacienda 30 will travel back to Manchester for a Hacienda Xmas Party at Sankeys on 27th December. Here the line-up will include Graeme Park (7-hr set!), Marshall Jefferson and Peter Hook (£12). As the days pass, tickets will become more scarce - don't miss out.