Posted: 9th November 2012
The legendary crooner has pulled the shows due to overrunning scheduling conflicts 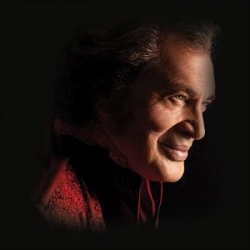 After cancelling his 2012 tour, you'd think easy-listening Eurovision goliath Engelbert Humperdinck would be sticking to his 2013 schedule. Not so. He's put the blockers on his entire UK tour due to the following reason:

I've been working on a new studio album with Martin Terefe (Train, Jason Mraz etc) producing. There are a lot of wonderful collaborations confirmed for this new CD. Unfortunately when dealing with collaborations we have to deal with many peoples busy schedules and the CD will not be ready for a 2012 release. Therefore it is important to me and all concerned with the tour that the CD is finished and available to my fans at the time of touring. I'm truly sorry about this postponement but I promise that the wait shall be worth it.

As soon as we learn of the new rescheduled dates (again), we'll let you know (again). Ticket-holders should contact their point of purchase for a refund.

And it was all going so well, after a fashion. It's fair to say that around two months ago, Engelbert Humperdinck's fan base would have been limited to lifelong fans of his soulful rock balladry and classic hits including 'Please Release Me' and the epic 'The Last Waltz'.

Then, at the beginning of March 2012, the BBC plonked Engelbert right into the now with the announcement that he would be representing the UK at the Eurovision Song Contest held in Baku in Azerbaijan. We've tried recycled pop stars and sprightly pop wannabes, to varying degrees of national humiliation, and now, it seems, it's time to wheel out the big guns and a bona fide giant of pop. Humperdinck was even set to be the contest's oldest ever entrant (he's 75) but was quickly usurped by a coven of bewildered Russian grannies hastily anointed the queens of geriatric pop. Then he was superseded by just about every contestant in the actual competition and we finished 236th, just ahead of Faroe Islands and behind Bradford. Probably. Still, there's always next year - when we might get The Hump for the right reasons.