Win a family ticket to the Bearded Theory Festival 2012

Posted: 25th April 2012
We have a family ticket plus car pass, all worth £190, to give away to May's three-day Bearded Theory event; last competition entry is Sunday 6th May 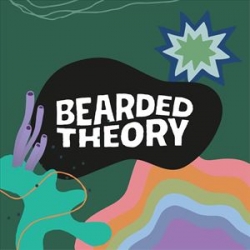 It's less than a month until Derbyshire's Bearded Theory festival marks its fifth birthday with another three-day burst of family-friendly fun.

Kicking off on Friday 18th May, the festival sees Adam Ant & the Good, the Mad & the Lovely Posse leading the charge on the Friday night, with Saturday and Sunday headline slots coming from The Damned and Bearded Theory favourites Dreadzone. Other high profile slots come from Terrorvision, The Selecter, The Popes, Dr and the Medics and lots more.

There's also a Sunday lunchtime slot from Wheatus. Note that The Levellers were previously announced as Friday night headliners but have been replaced by Adam Ant after The Levellers were forced to pull out due to an injury to their fiddle player, Jon Sevink.

The 2012 event also sees the creation of two entirely new areas; Tornado Town (a festival within a festival), and The Water's Edge. In Beer News, the festival has also appointed the local Thornbridge Brewery (based in Bakewell) to run the on-site bars.

But, the best news by far is that we have a family ticket (two adults + two children) - with car pass - for the whole weekend, worth £190, to give away. All you have to do is click on the Enter Competition button below and follow the simple instructions.

Note: that while the ticket is free, you'll still be required to pay a charity donation of £30 on arrival (as do all guest-listers and press visitors!) which will be donated to Barnardo's (www.barnardos.org.uk).

Deadline for entries is midnight on Sunday 6th May 2012.