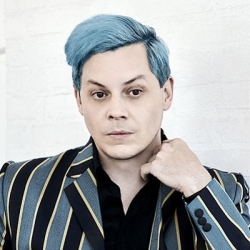 For decades, sweet home Alabama has been something of an inspiration to generations of musicians. Like many Southern states, the region has provided much to sing about - depression, economic hardship, civil wars and some pretty deplorable human rights issues. Nat King Cole, Emmylou Harris, Lionel Hampton, Wilson Pickett, Lionel Richie, Percy Sledge were born or resided there, while plenty of bands have drawn musical influence from its rich larder of blues and roots music that Alabama has had to offer.

Not only have Alabama Shakes borrowed the state's name, they actually come from the city of Athens, slap bang in the middle of Limestone County. They sound like they do as well. The quartet have recently been splashed all over BBC 6Music by way of session and album tracks, to the point where their just-released debut album 'Boys and Girls' was nominated an Album of the Week. Within days, the rough gritty tumbleweed shotgun-shack beast of an album was actually sitting at #1 on the Top 100 UK Album Chart, until Adele eventually climbed over them to regain control for the millionth week - the difference between the two at one point was rumoured to be just a hundred copies.

Tonight (Tuesday 24th April), you can see what all the fuss is about by watching them on Later...With Jools Holland on BBC2. Think Jack White (they're supporting him on his US tour), think Jim Jones Revue, think PJ Harvey's current album, think again. With hollerin' Brittany Howard in charge of the kind of tonsils that would grate cheese, Alabama Shakes aren't some apologetic retro-blues outfit with ponytails - this lot are craftsmen (and woman).

Their upcoming May tour sold out in minutes, which means that any further live announcements will result in the same. Therefore Oxford and Brighton - you'd better get ready: Alabama Shakes are coming to your town in September 2012!

They will perform in the city of dreaming spires on 4th September, before heading to the south coast on the 5th. We will have tickets on sale for Oxford from 9am tomorrow (Wednesday 25th April) and Brighton from Friday 27th April at the same time. Prices start at £14 - but you'll have to be very quick.