Posted: 18th April 2012
The Sophtware Slump creators to play headline shows either side of End of the Road Festival 2012, tickets on sale Friday 20th April 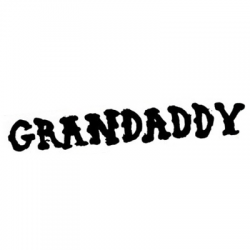 Twenty years ago, a young singer named Jason Lytle helped form a band that would provide an outlet for a few of his musical influences. But instead of the usual Beatles, Hendrix and Led Zep adoration, Lytle has publicly exclaimed his devotion for Jeff Lynne and his string-driven pop outfit, E.L.O.. And upon listening to some of the grandiose arrangements of some of Grandaddy's most memorable moments, it's not hard to see the connection. Lob in elements of Alan Parsons, Neil Young and, perhaps, Rain Parade and you get the gist.

Six years ago, after a string of critically-acclaimed albums, including three Top 50 titles in the UK alone, Grandaddy did the unthinkable and threw in the towel. But, to paraphrase Ian McCulloch, nothing ever lasts forever and the band have just reformed to 'do it all again'. Buoyed by the 2011 deluxe reissue of perhaps their most regarded album 'The Sophtware Slump', Jason Lytle and co will no doubt be recreating the magic of key sub-psychedelic tracks such as 'The Crystal Lake', 'Hewlett's Daughter' and the sprawling pretty epic, 'He's Simple, He's Dumb, He's The Pilot'. When a newspaper bills an album as "the equal of OK Computer", you have to take note and listen.

And listen you can, especially when Grandaddy perform songs from it and other albums such as 'Sumday' and 'Under the Western Freeway'. The band have announced a quartet of appearances over the summer, starting with a trio of headline shows in Manchester on 29th August, Glasgow on 30th and in Shepherd's Bush on 4th September. These rare one-offs will hit our servers on Friday 20th April at 9am, priced at £18 (or £20 for London).

In addition, Grandaddy will be appearing exclusively at the End of the Road Festival on 2nd September, where you'd imagine a keen crowd will assemble for such a quietly-revered band. Tickets to the festival are available for £150 (adult).