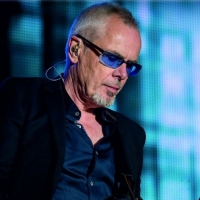 It seems like only yesterday that a young '80s songwriter called Nik Kershaw was bouncing around on Top of the Pops with guitar, rolled-up shiny sleeves and, what looked like, a blonde pineapple growing out of his head - the glory days of bonkers haircuts and fashion travesties. Go on admit it - you'd have loved to have lived through the Thatcher years really.

Actually, the broad palette of music available for the majority of that decade probably saved many people from total despair (or put them in it, depending on your point of view). At one point and for little more than 18 months, Nik Kershaw occupied more wall-space in kids' bedrooms than paint or wallpaper. The man was splashed across pop publications with consummate regularity with Smash Hits and Record Mirror lavishing their readers with his hit lyrics and press shots.

Kershaw began his successful, yet brief, career prolifically, crafting two albums in a year and owning 1984 with both 'Human Racing' and 'The Riddle'. Packed with catchy ineffectual hits such as 'Wouldn't It Be Good', 'I Won't Let The Sun Go Down On Me', 'Dancing Girls' and the title-track, 'Human Racing' has remained his highest-charting album to date. Its same-year follow-up, 'The Riddle', also notched up platinum-sales and spawned bigger hits in 'Wide Boy', 'Don Quixote' and the soft-folk synthetics of the title track.

However, after a year and a half of heady fame and stardom, Kershaw's third album 'Radio Musicola', failed to charm the 'teenybopper' fans he had accrued and fell short of the Top 40 - so much for growing and maturing. But the songwriter took this in his stride, hit the hairdressers and changed tack to become an underrated, but still-decent, composer. A new album is mooted for the autumn as well as a proper deluxe reissue of that first debut set.

Both of these releases are likely to form the basis of Nik Kershaw's first UK tour since his last sold-out semi-acoustic 'No Frills' jaunt in 2010. After a spell of festival appearances across the UK, Kershaw will perform headline shows during September 2012, starting in Sheffield on the 19th, followed by Liverpool, Birmingham and more until London's Shepherd's Bush Empire on 28th September. We will have tickets available from 9am on Friday 20th April - many shows are likely to be sell-outs.